The Crest of Blackthorn # 2 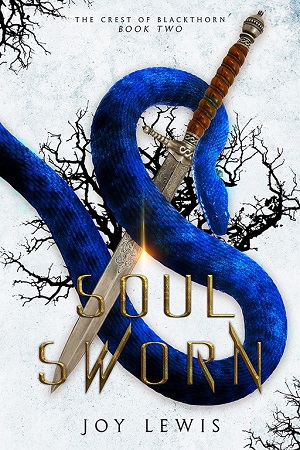 Some secrets are better left dead.

Soul raiser Caia Blackthorn has escaped to the haven of Llyra, only to find the country rife with political upheaval. Suddenly, she’s a suspect in an assassination, and the dark magic she has relied upon has vanished from her control.

If nothing is done, King Arcturus will be closer than ever to achieving his two goals: seizing control over the entire continent—and capturing Caia for his own sinister purpose.

Rendered powerless and alone, her only hope is to pursue the rumors of a third soul raiser in search of answers, but what she discovers is a secret more disturbing than she could have imagined—the twisted reason behind her existence.