The Crest of Blackthorn # 1 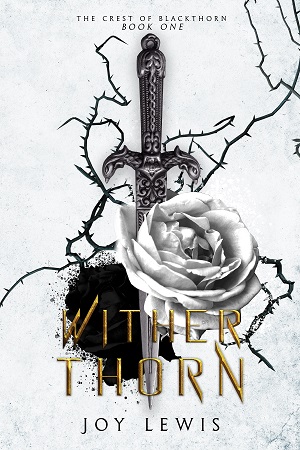 If Caia doesn’t escape, she’ll become an instrument of destruction.

Shadowed by her capable older sister, sixteen-year-old Caia would like nothing more than for the cursed magic bound to her family’s name to remain dormant inside her.

But the king has other plans.

Inside his fortress-like castle, King Arcturus has held the Blackthorn line captive for generations, and the birth of a second raiser in a single generation makes his court the envy and fear of the human and inhuman worlds.

The two necromancer sisters serve as more than trophies of his power; his plans include using them as instruments of war. When Caia discovers this future for her and escapes the castle that has been her cage, the king will stop at nothing to retrieve her before she flees the borders of Noverim.

Faced with the threat of losing herself to her powers, will Caia learn to master the dark magic before it consumes her?

Or will the king ensnare her as the unwitting commander in his conquest for power?