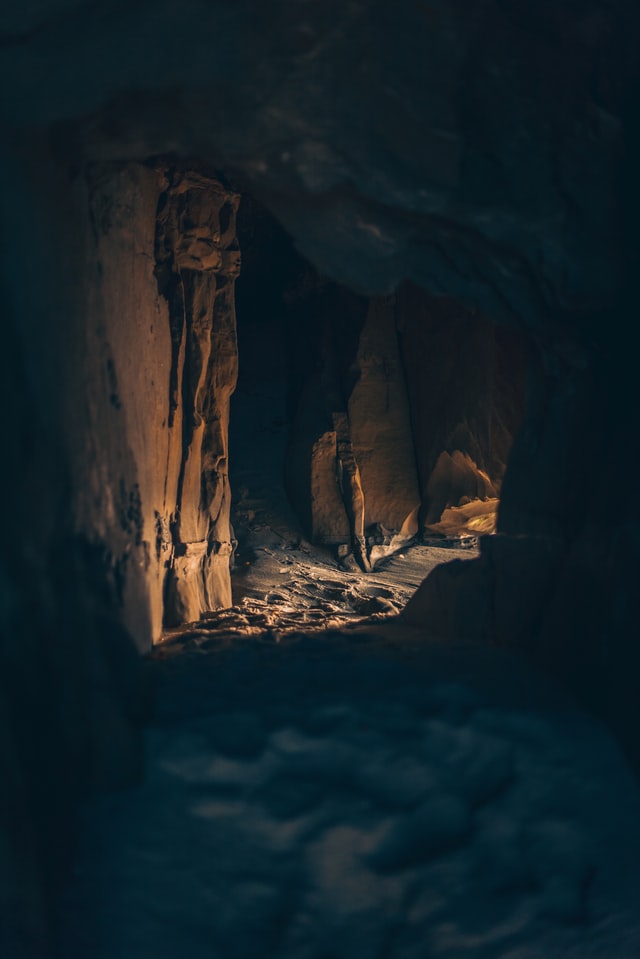 And not necessarily as villains.

Whether you know him as Gollum or Sméagol, he’s one of the most compelling antagonists of both The Hobbit and The Lord of the Rings by J. R. R. Tolkien.

Before the events of The Hobbit, Sméagol fell under the corrupting influence of the One Ring when he choked his cousin to death to possess it for himself.

But, like all great antagonists, his character isn’t as straightforwardly evil as you might first believe. In fact, he’s not even a villain.

The difference between antagonists and villains

First, some semantics. Although often used interchangeably, antagonists and villains serve different functions in a narrative.

Zara Altair at ProWritingAid argues that the antagonist is one of the troublemakers in a story. They challenge the main characters, blocking their path as obstacles and creating friction when they want the same–or opposite–thing as the protagonists. A villain is marked by a desire to destroy, inflict pain, or otherwise be bad.

In other words, antagonists are defined by their relationship to the protagonist. They oppose your main character. That’s all. Antagonists can be good, bad, or somewhere in between.

They can even be allies with the protagonists, though rivals or sworn enemies certainly make an antagonist, as well. All that matters is that they get in the way of what our main character wants.

Think, for example, of Ron’s character in Harry Potter and the Goblet of Fire. Ron’s not evil, and while their relationship suffers, he’s never not Harry’s friend throughout the book. On the other hand, it’s Ron’s actions and his distance from him in his time of need that put even more obstacles in Harry’s path before he faces the first tournament task.

On the other hand, villains aren’t always antagonists, though they usually are. This is possible because in infrequent cases, they are the protagonists.

While Sauron is indisputably the villain of The Lord of the Rings series, and a fearsome antagonist for Frodo, he is by far not the only antagonist.

And not even the most interesting one, in fact.

In his quest to destroy the One Ring and prevent Sauron from dominating Middle Earth, Frodo is challenged by no short list of antagonists. The Ringwraiths, orcs, Saruman, Sauron, Shelob, and both Boromir and Faramir (briefly) oppose Frodo.

But there’s something about Gollum that fans keep returning to. And it’s because, at least in part, we’re uncomfortable with Gollum.

Sméagol’s tale begins on his birthday. His cousin, Déagol, finds a precious ring in the river that they had been fishing in, and when Sméagol demands it as a birthday present, he refuses to give up the ring. The madness of the ring drives him to kill his kin for it.

But it’s what happens after that sets Sméagol on this path. The matriarch of his family, his grandmother, refuses to have him in the family’s home any longer. When the rest of his kind shun him as well, Sméagol retreats to the Misty Mountains as his home.

In the centuries he lived in the darkness, consuming bats, fish, and sometimes Goblin flesh, his will was bent completely by the One Ring. It was then he developed his dissociative identity disorder, and Gollum came to be.

What bothers us about Sméagol/Gollum?

Even aside from his origins, Gollum is a tragic character. Despite some brief cooperation due to Frodo possessing the ring and thus holding power over him, he’s not allied with the good guys.

But he’s certainly not with the bad ones, either. Although, just like how he guides Frodo and Sam to Mordor against his better judgment, he becomes an unwilling pawn for Sauron.

Orcs, men, and hobbits alike despise him upon sight as a “sneak” and low creature.

He has no real allies.

Sometime after Bilbo left the Misty Mountains with the ring, Gollum leaves his caves in search of it. He is compelled to Mordor where he is captured and mercilessly tortured by Sauron for information on the ring.

After Sauron extracts all that he can from Gollum, he releases him in hopes that Gollum will attract the ring from where it’s hidden from his view. And it works.

And it’s Frodo, one of the few people to show him kindness, who draws out the innocent-seeming Sméagol part of his personality. Sméagol more closely resembles the hobbit he must have been before the ring’s corruption. This reminds us that he’s not entirely the monstrous creature he’s initially portrayed as.

It’s these scenes that make him a pitiable antagonist.

Infantilization makes us uncomfortable with hating him.

In the arguments between Sméagol and Gollum, Sméagol is revealed as the “good” part of his personality, who seems to possess morals and something like compassion and kinship.

He strives to obey and please his “master” and hardly dares speak against him even in confidence. The character of happy, naive Sméagol is infantilized in the narrative.

This makes it uncomfortable to hate him, even after he plots with Gollum to take back the precious.

It’s much easier, psychologically, to despise absolute evil such as Sauron. As Ursula K. Le Guin put it, “Immature people crave and demand moral certainty: This is bad, this is good.”

Sméagol’s childlike characterization is juxtaposed with what feels like one of the worst crimes portrayed in The Lord of the Rings. Sméagol’s sin of fratricide.

Gollum occupies a space that’s uneasy for the audience to watch. It’s why we need more antagonists like him.

Tolkien expertly flips our expectations. Gollum isn’t a villain, though he has committed a crime that feels more personally gruesome than the uncountable, faceless sins of the undisputed villain of The Lord of the Rings.

However, it’s the moral uncertainty and complexity of Gollum that make him a far more compelling antagonist.

What do you think about Gollum’s role as antagonist?